#YourNameBetraysYou followed on the very famous words by Former Vice President Kalonzo Musyoka who unknowingly but profoundly pointed to the conversations that we have in private concerning “the other tribe.”

The installation sought to bring to public what we say about other ethnic groups and consisted of a wall of all the stereotypes we hold for each other, some known some unknown. The discussions then centered around understanding the root of the stereotypes that we carry today and the historical contexts under which such descriptions were necessary. This was represented by the 5ft 7in giant chair against the backdrop of nursery school chairs.

The work is founded on the key text, “The Invention of Tradition” by Prof. Terence Ranger.

The white chest of drawers acts like a tangible “boxing in” of each other within labels for each ethnic group – like a library catalogue of each group’s traits.

The show was exhibited at Kuona Trust. 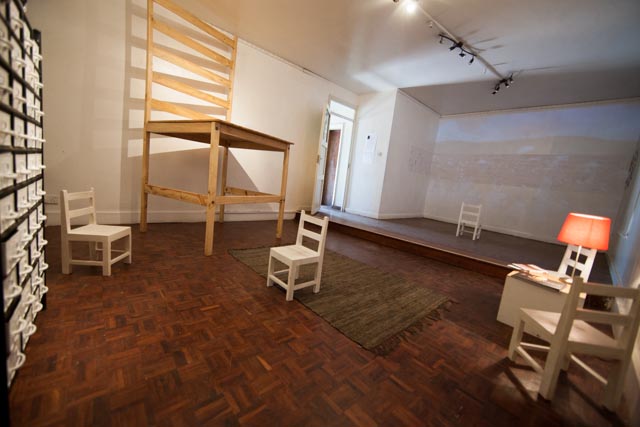 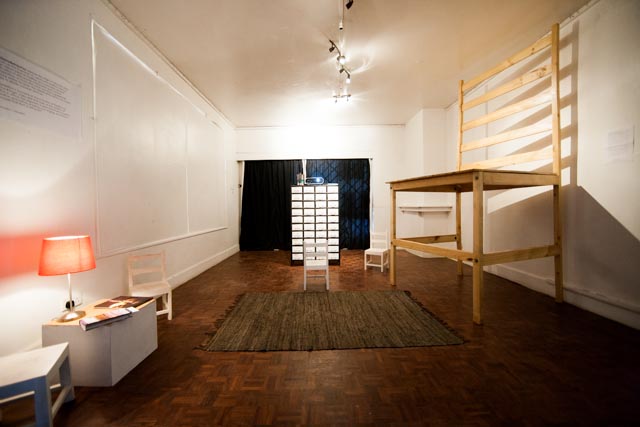 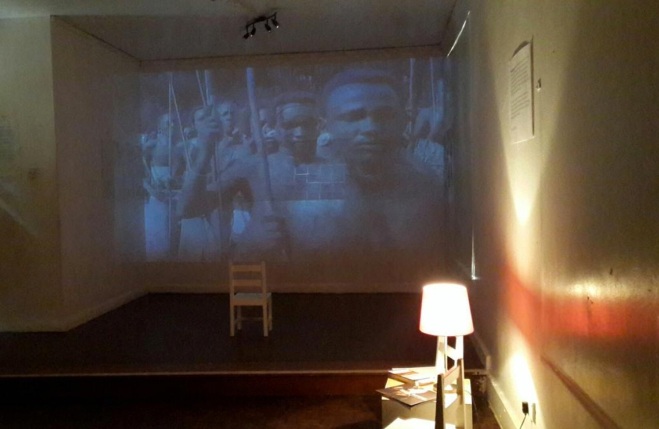